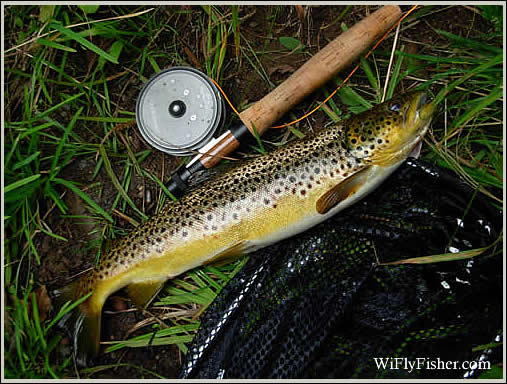 Ephoron leukon is part of the Polymitarcyidae Family and is a very prolific burrowing, white mayfly. they can come off in such great numbers that it appears like a white snow blizzard of mayflies. Ephoron leukon and Ephoron album are commonly found across the country on many streams and rivers and are often referred to as the White Mayfly hatch. In August, some Wisconsin rivers and streams will explode at dark with white mayflies dancing across the water. It's an amazing sight to behold!

Ephoron leukon is a burrowing nymph and lives in the sand and silt bottom areas of the stream bed. They begin hatching in August at dusk and continue into the twilight hours. The nymphs seem to quickly rise to the surface to emerge as a dun and fly off. Then the male duns quickly molt into spinners (2 tails) and come back over the water to mate with the female mayflies carrying their yellow egg sacks (females don't molt). Ephoron leukon adult mayflies are positively phototactic, meaning they are highly attracted to light. Holding a flashlight near the stream after dark should bring a swarm of white mayfly adults to the light source.

Unlike other mayfly species, Ephoron leukon emerges, mates, lays its eggs on the water, and dies all in the same night. Each night brings a new batch of white mayflies hatching. Shortly after mating in mid-air, the surface of the stream is blanketed with hundreds of spent-winged, white body mayflies. All you see on the surface are the small little rings left by trout quietly sipping in the dying spinners in the moonlight.

The hatch lasts for 2-3 weeks and gives fly fishermen a great opportunity to hit this hatch right. Although you may try nymph patterns, emergers, duns, and spinner patterns seem to work the best. Be sure to have a good flashlight to switch flies in the twilight hours. 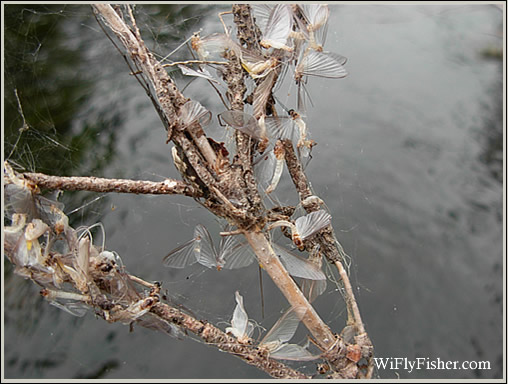 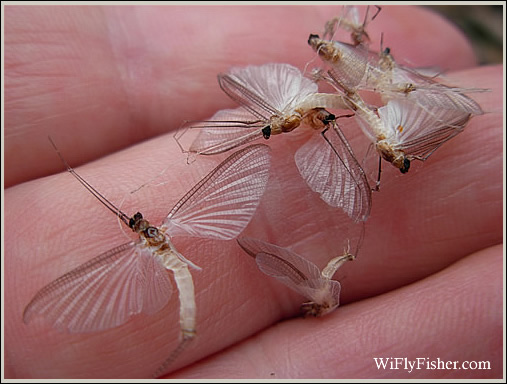 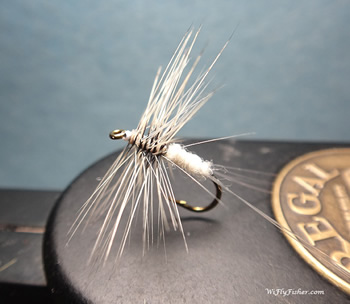 Below is an Ephoron luekon nymph pattern, which can be highly effective as the hatch gets underway. The other photo is my flush floating Ephoron luekon spinner pattern. 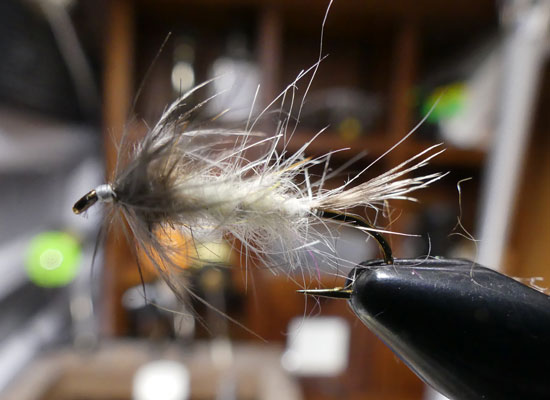 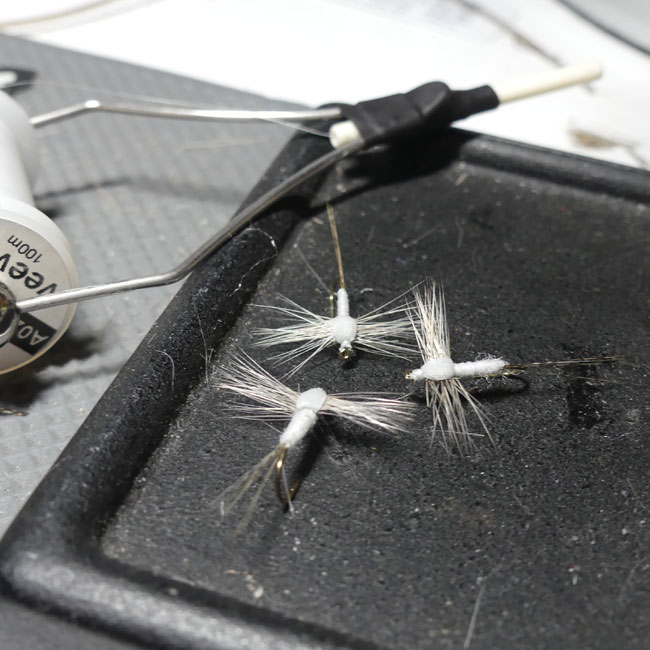