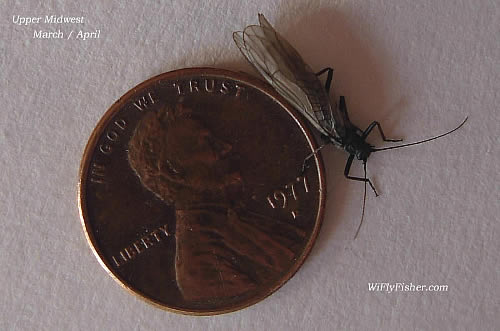 Early Brown Stonefly, also called the Mottled Willowfly is one of the earliest stoneflty hatches where you might get a chance to fish for rising trout on many northern Wisconsin trout streams. The hatch occurs from March into mid-April depending on the temperatures, snow amounts and the stream location. Before the Wisconsin DNR started the early season catch & release we never got a chance to experience this wonderful early season stonefly hatch.

The stonefly nymphs crawl out of the water along the banks to shuck their nymphal case and become a winged stonefly adult. The stoneflies come back on the water to lay their eggs (ovipositing) while fluttering and skating across the surface. Especially in midday and early afternoon you can find these stoneflies flying about and landing on the water, but it does depend on the seasonal weather. This can make for some great early season dry fly action to sporadic rising trout when you catch it right.

The early brown stonefly (Strophopteryx fasciata) measures 5/8" long from head to the end of it's grayish-brown wings. The blackish body is only about 3/8" long. 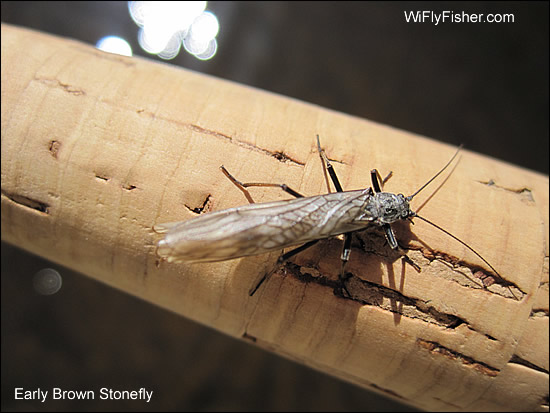 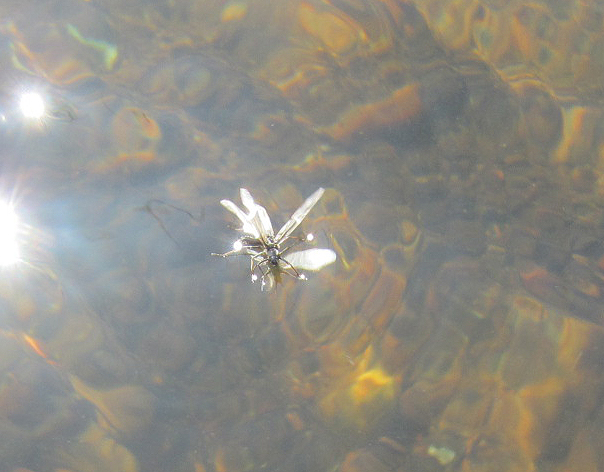 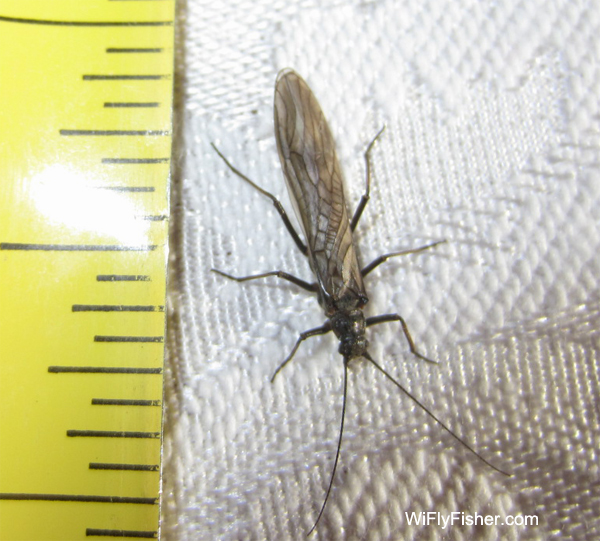 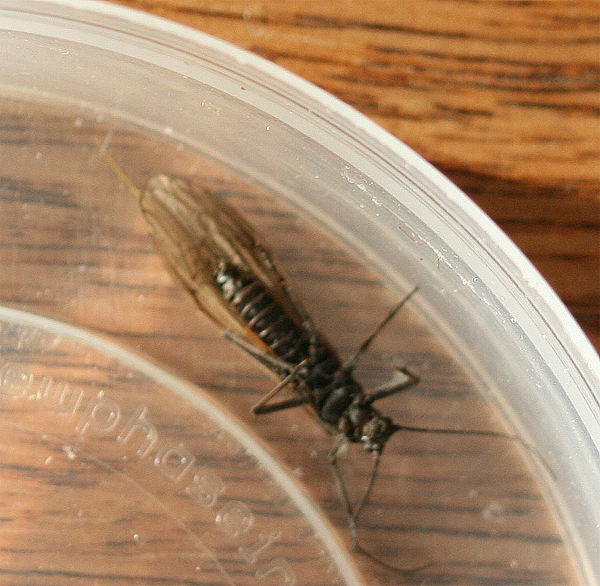 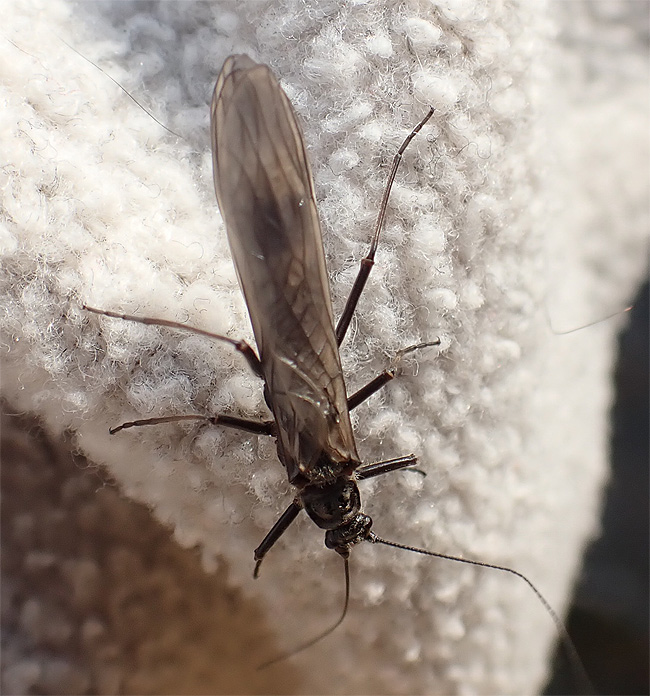 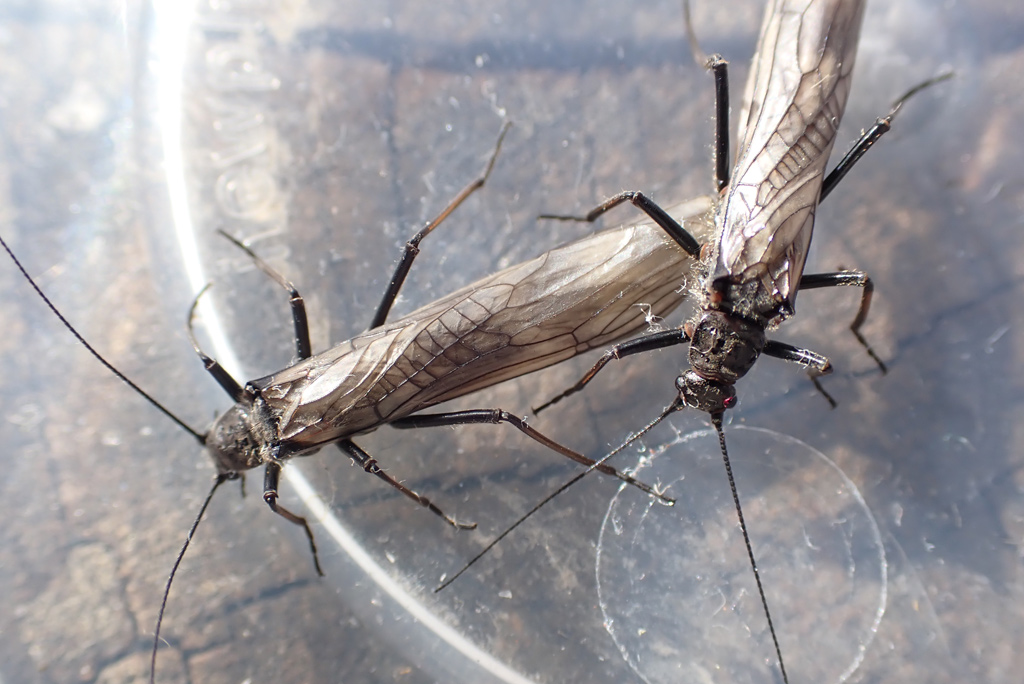 My preferred pattern when the early brown stoneflies are ovipositing on the water is a size #12 or #14 dry fly hook with a peacock herl body and a blackish soft hen feather wrapped palmer-style and a deer hair wing. I have heard of others doing well on a parachute Adams patterns. Whatever you use be sure to twitch the fly to get the trout's attention. 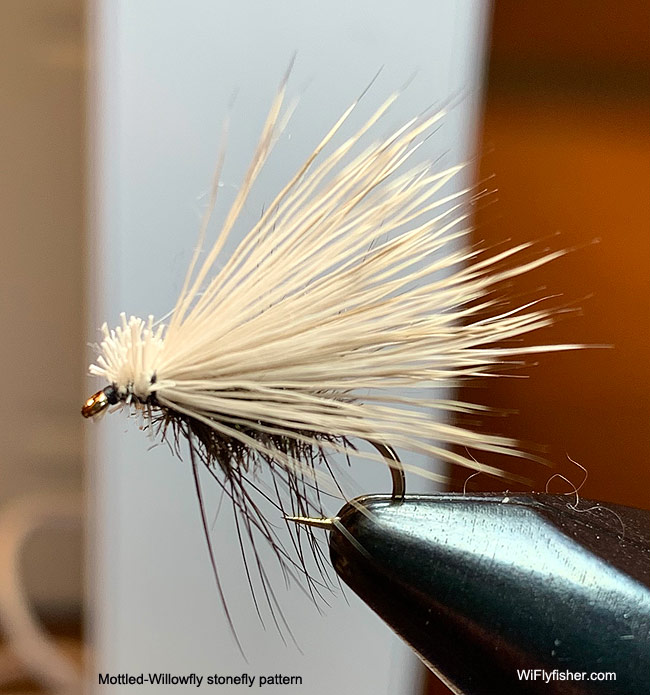 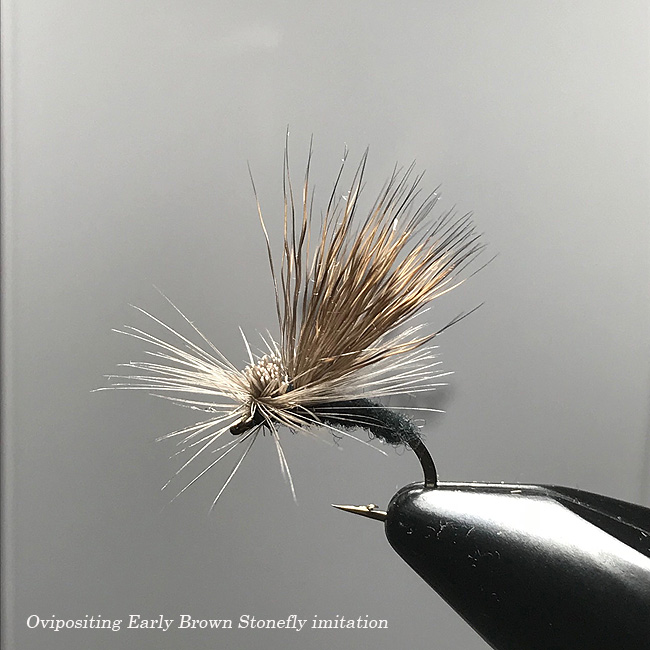